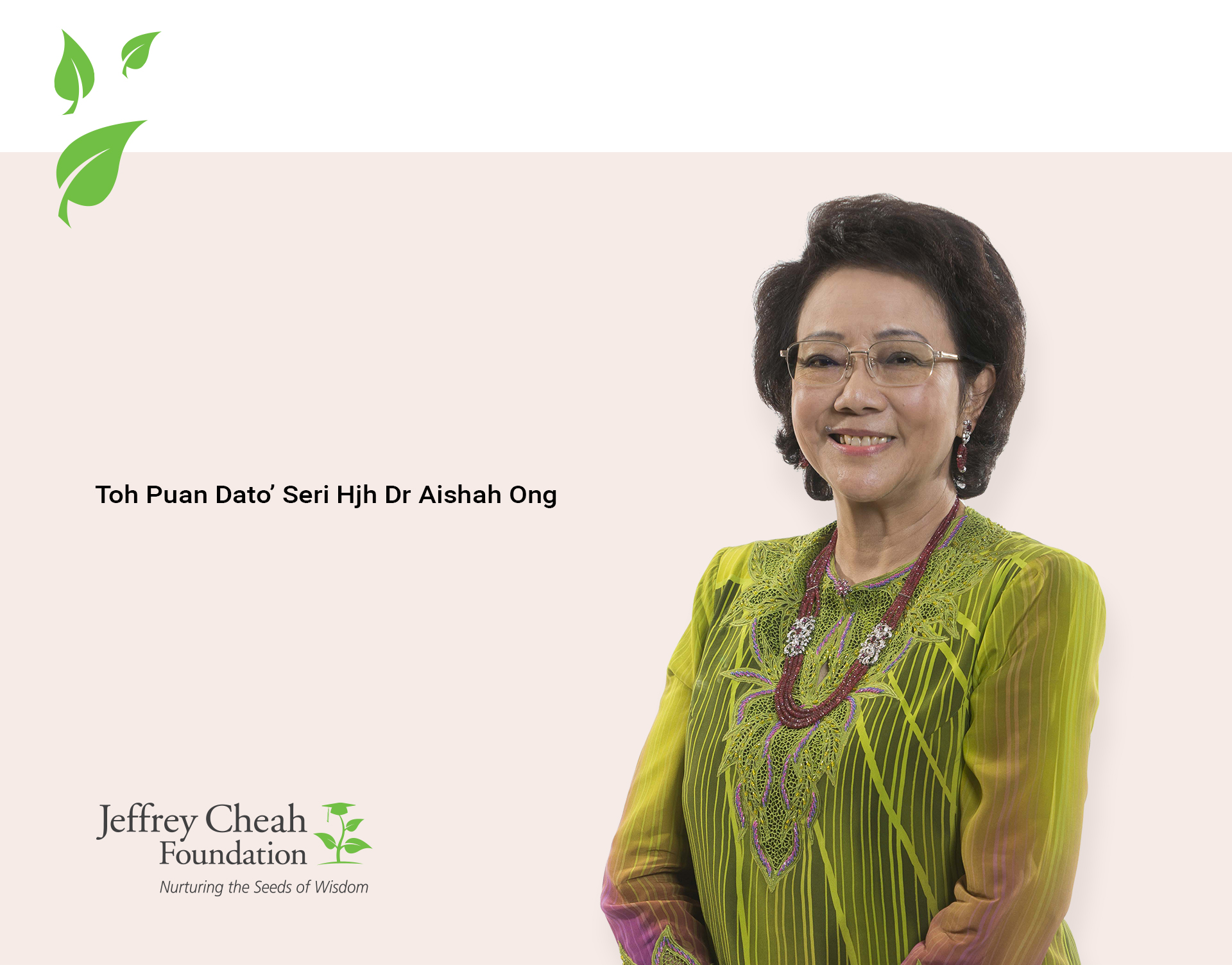 Toh Puan Dato’ Seri Hajjah Dr. Aisyah Ong was appointed to the Board of Trustees of Jeffrey Cheah Foundation on 25 Jun 2020.

She is recognised by the Royal College of Obstetricians and Gynaecologists as a Registered Medical Practitioner, and a graduate from the University of London with a Bachelor of Medicine and Bachelor of Surgery, is a person who has always placed education and healthcare at heart. To illustrate, she is currently the Pro-Chancellor of University Malaya since 2003, and before that, was Chairman of University Malaya Medical Centre, formerly known as University Hospital from 1987 to 1996.

She is also Founding Trustee of the Alzheimer’s Disease Foundation of Malaysia since 1997, as well as Trustee to numerous foundations and organisations such as The National Council of Women’s Organisations (NCWO) since 1996, Tun Abdul Razak Foundation since 2007, Joseph Eu Foundation and Mercy Malaysia since 2009, the Dewan Filharmonik Petronas since 2013, and Media Prima Charity Fund since 2014.

Toh Puan is also keenly involved in social works. She is an Honorary Member of the Inner Wheel Club of Kuala Lumpur since 1998 and Director of the Malaysian Philharmonic Orchestra since 2013, respectively.

During her career, Toh Puan Dato’ Seri Hajjah Dr. Aishah Ong is Company Director for Syarikat Ong Yoke Lin Sdn. Bhd. She is also Chairman of the IJN Foundation since 1995 and Chairman of IMU Foundation since 2010. Previously, she was an Independent Non-Executive Director for Nestlé Malaysia Berhad, a position she held for six years from 2013 to 2018. She had also completed two terms as the first Chairman of the Health Promotion Board of the Ministry of Health from 2007 to 2013.