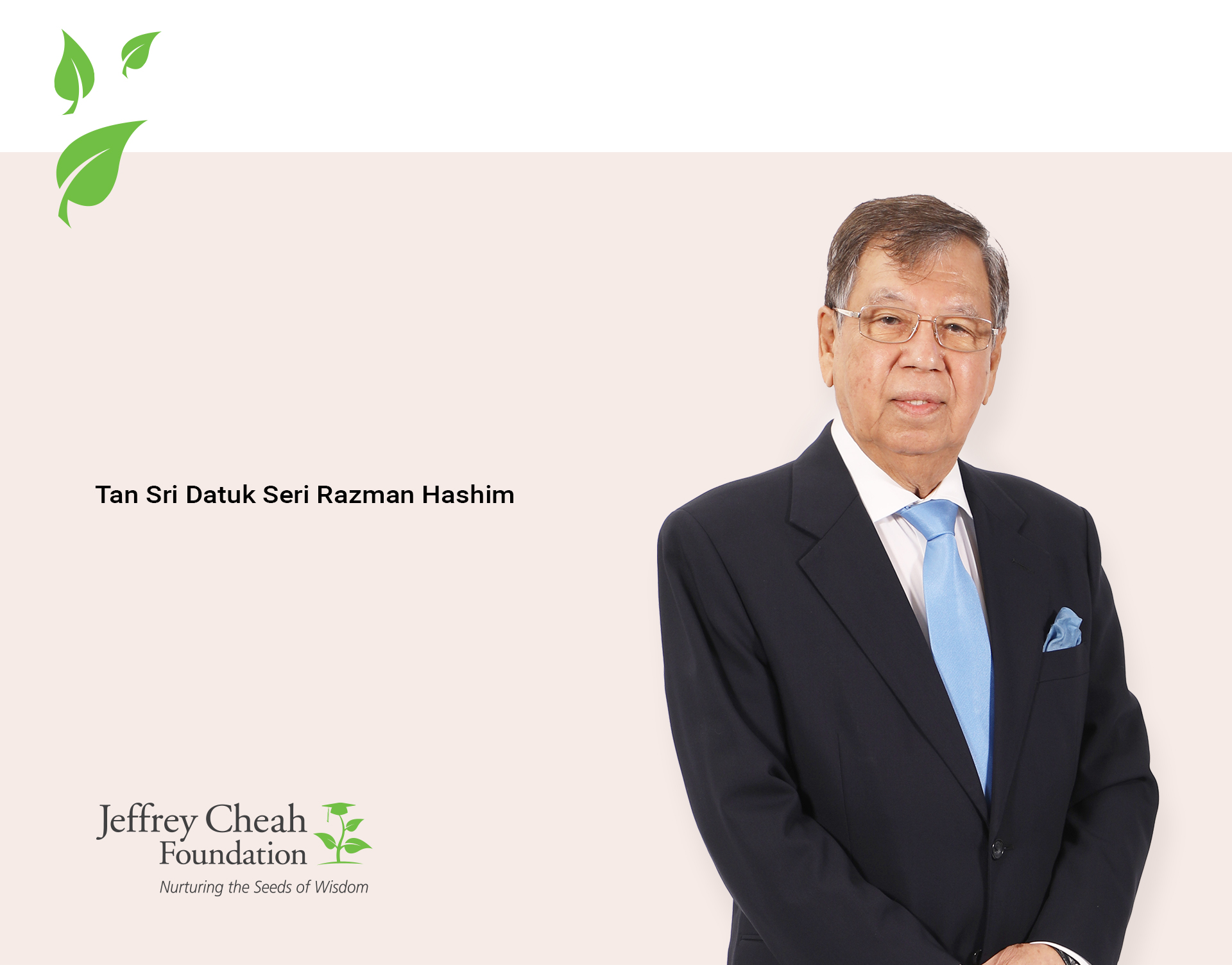 Tan Sri Datuk Seri Razman M Hashim was appointed to the Board of Trustees of Jeffrey Cheah Foundation on 28 December 2007.

He completed his early secondary education in Australia. He studied banking, where he became a Member of Australian Institute of Bankers. He has more than 39 years of experience in the banking industry.

Tan Sri Datuk Seri Razman was appointed to the Board of Sunway on 17 June 2011.

His directorships in other public companies include the Jeffrey Cheah Foundation, Marine & General Bhd, and Mycron Steel Berhad. He is the Alternate Trustee to Tan Sri Dr. Jeffrey Cheah AO in the Perdana Leadership Foundation.