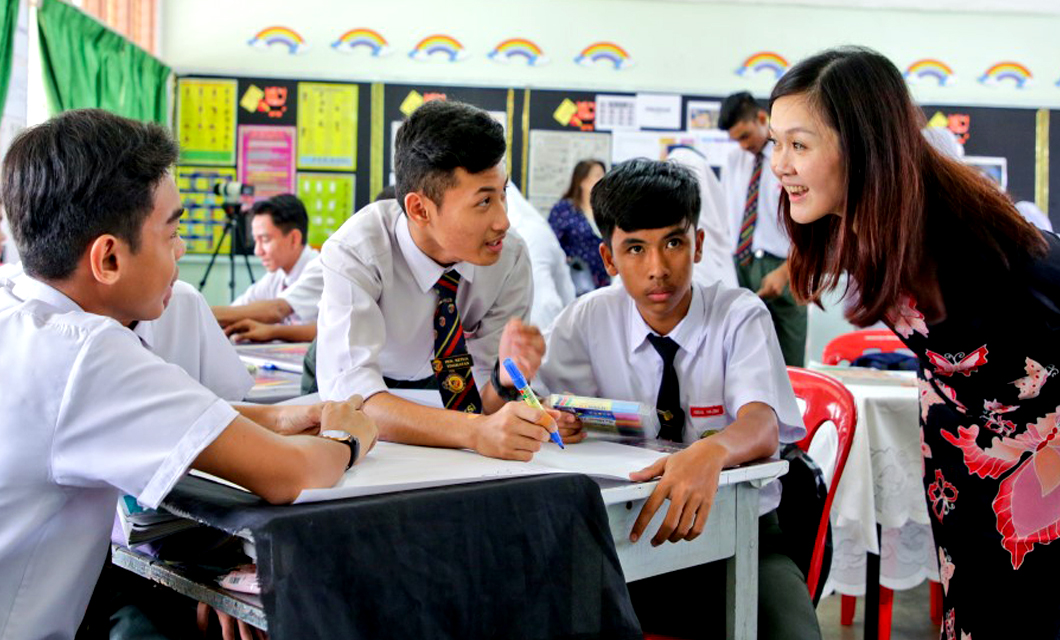 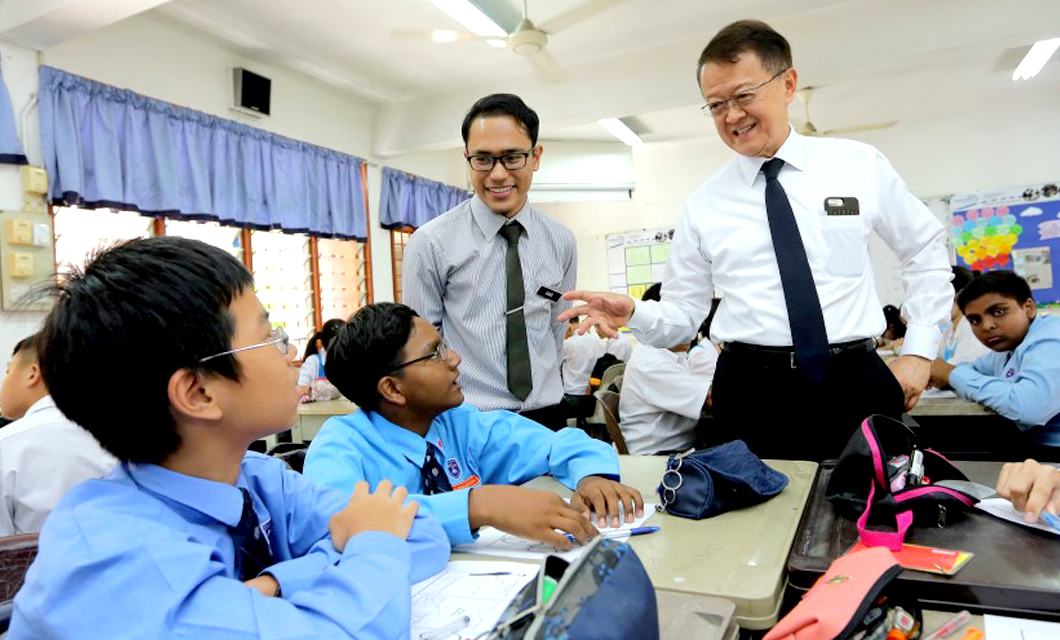 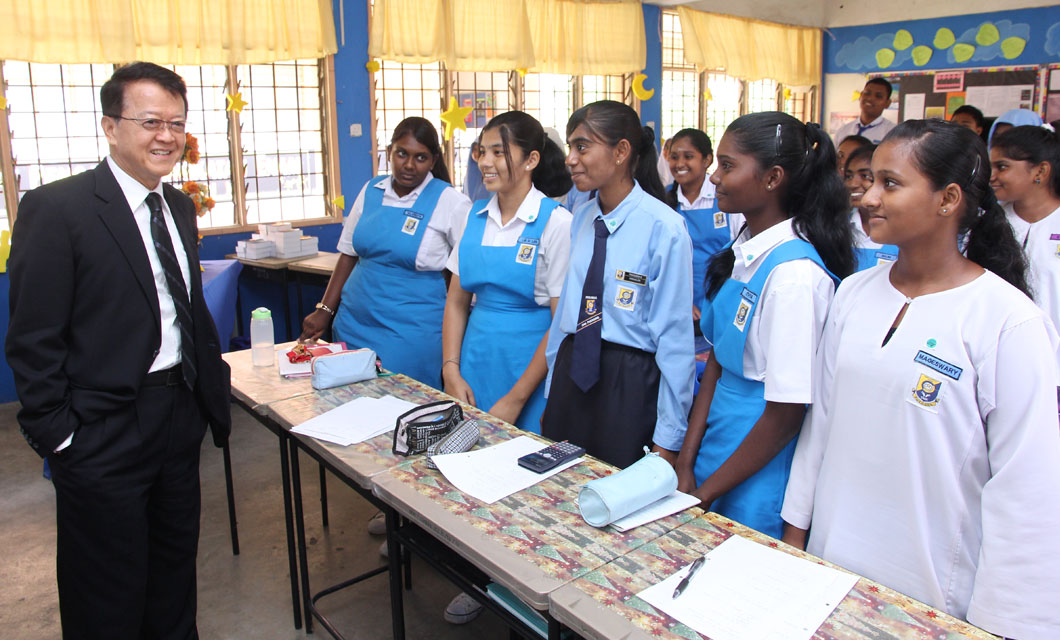 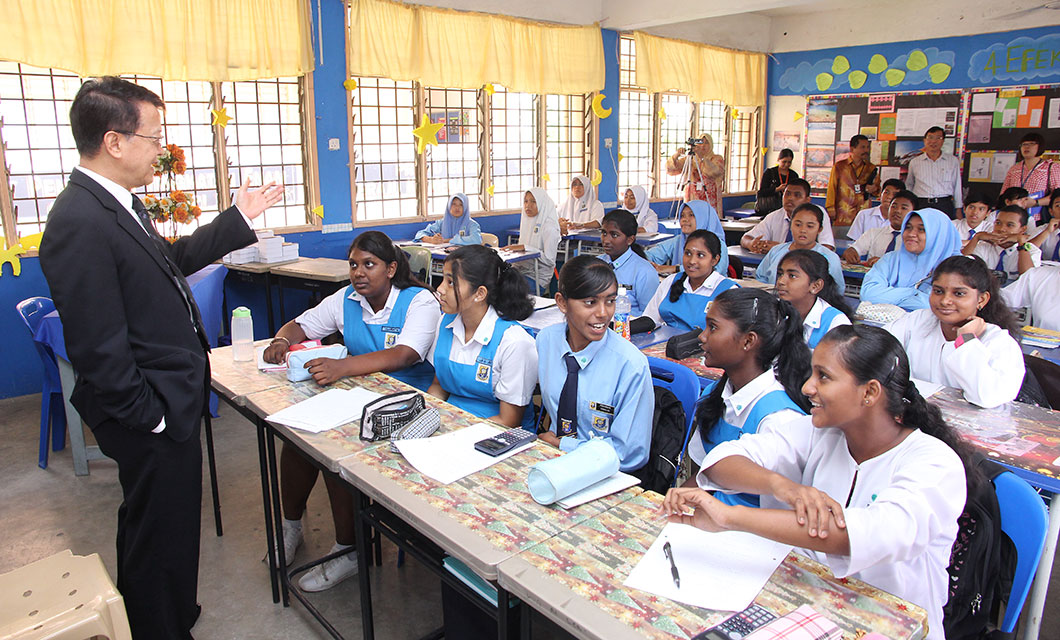 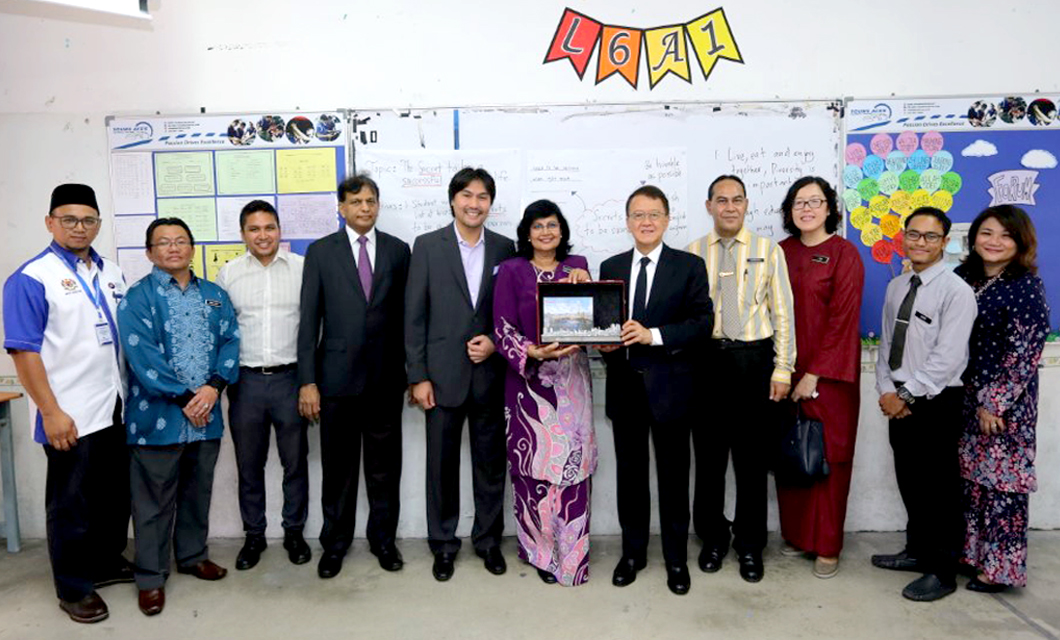 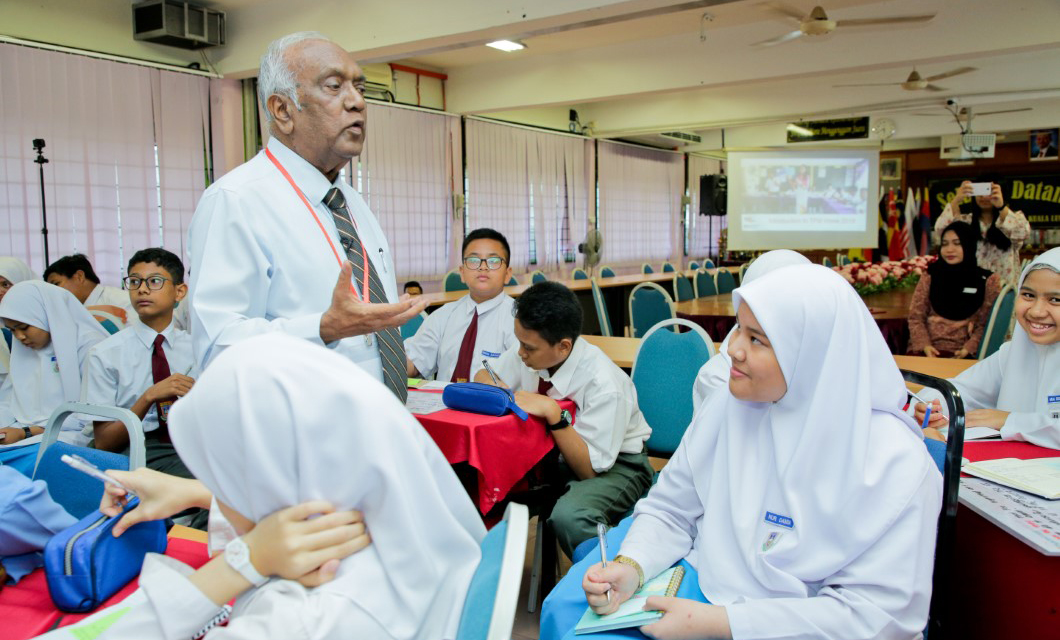 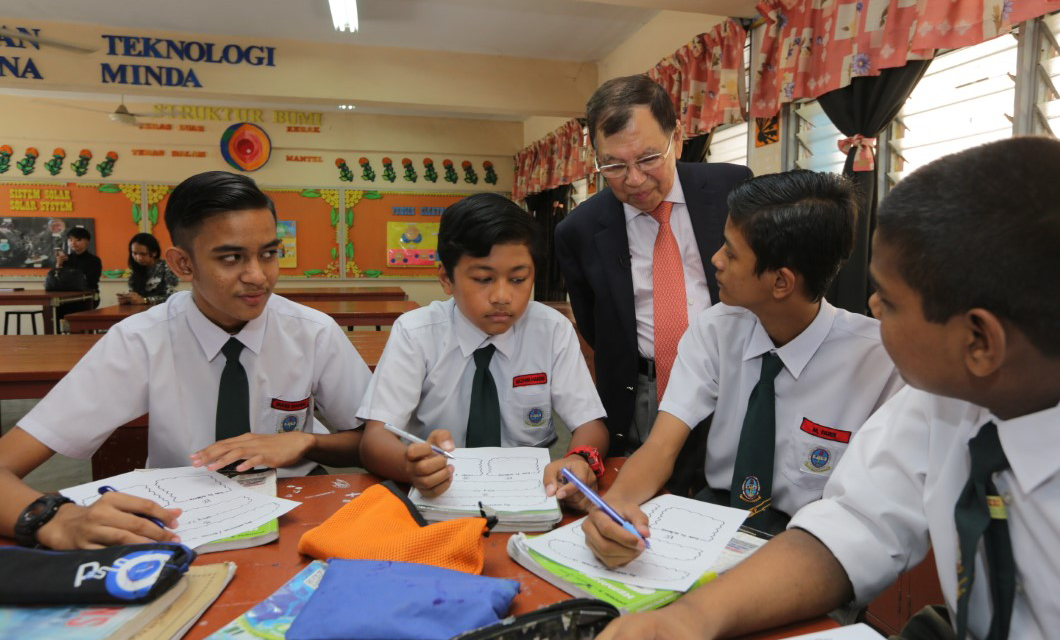 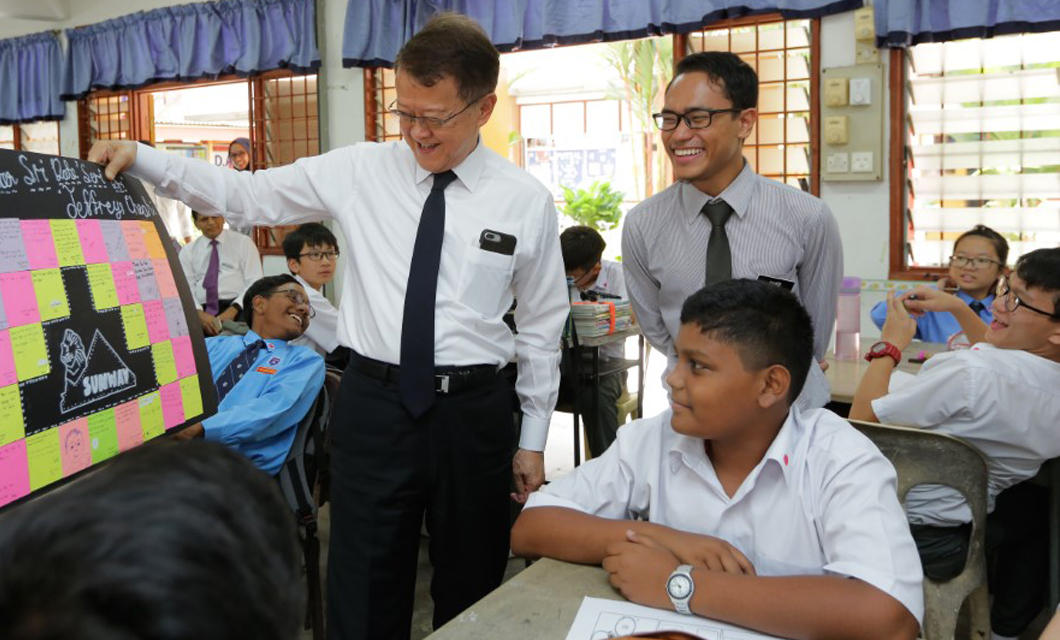 Jeffrey Cheah Foundation partners with Teach for Malaysia (TFM), an independent, not-for-profit organisation, that enlists Malaysia’s most promising future leaders in their mission to end education inequity. The Foundation has sponsored RM150,000 annually since 2012 to assist the organisation in achieving its mission to reduce the gap between rural and urban schools. 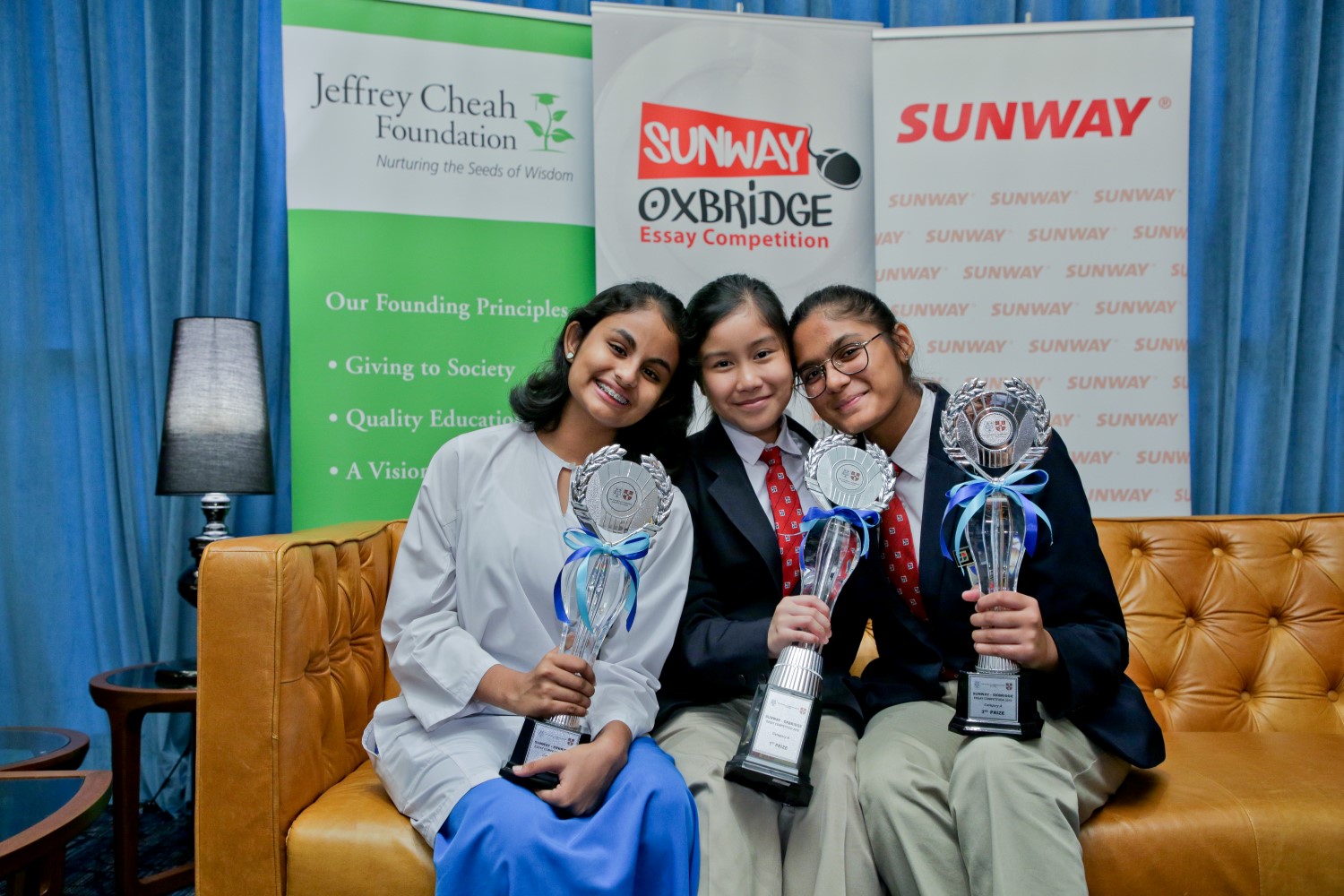 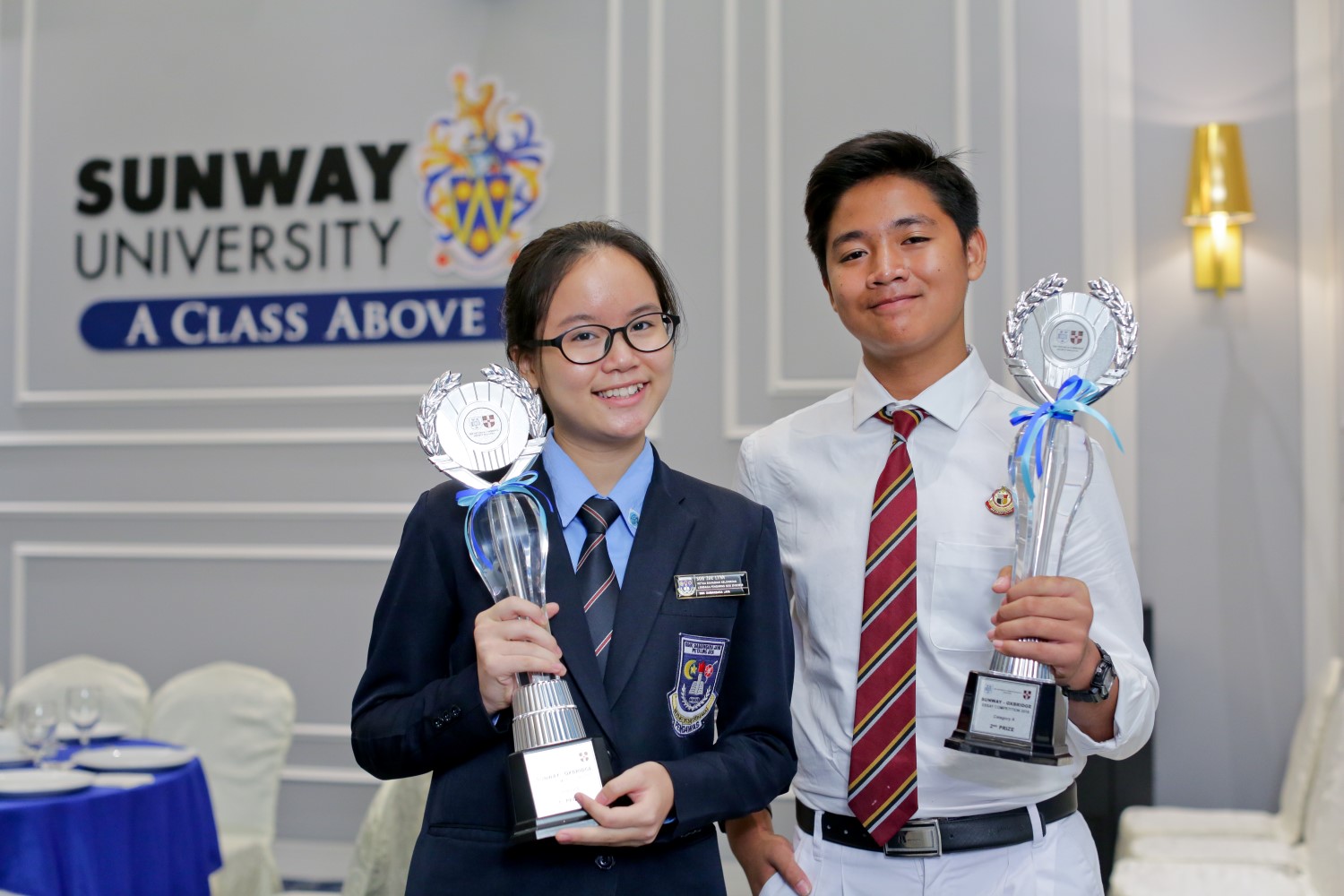 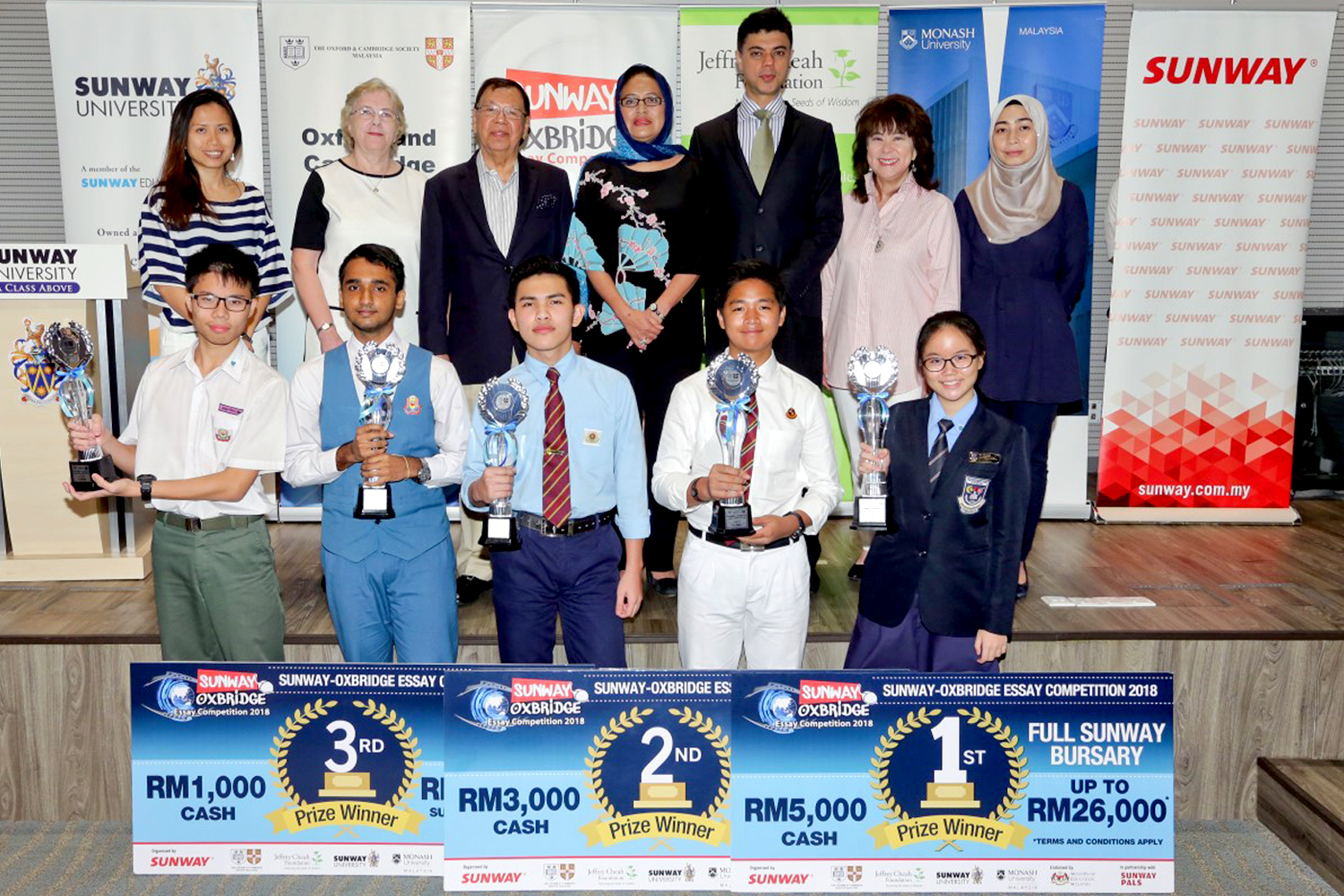 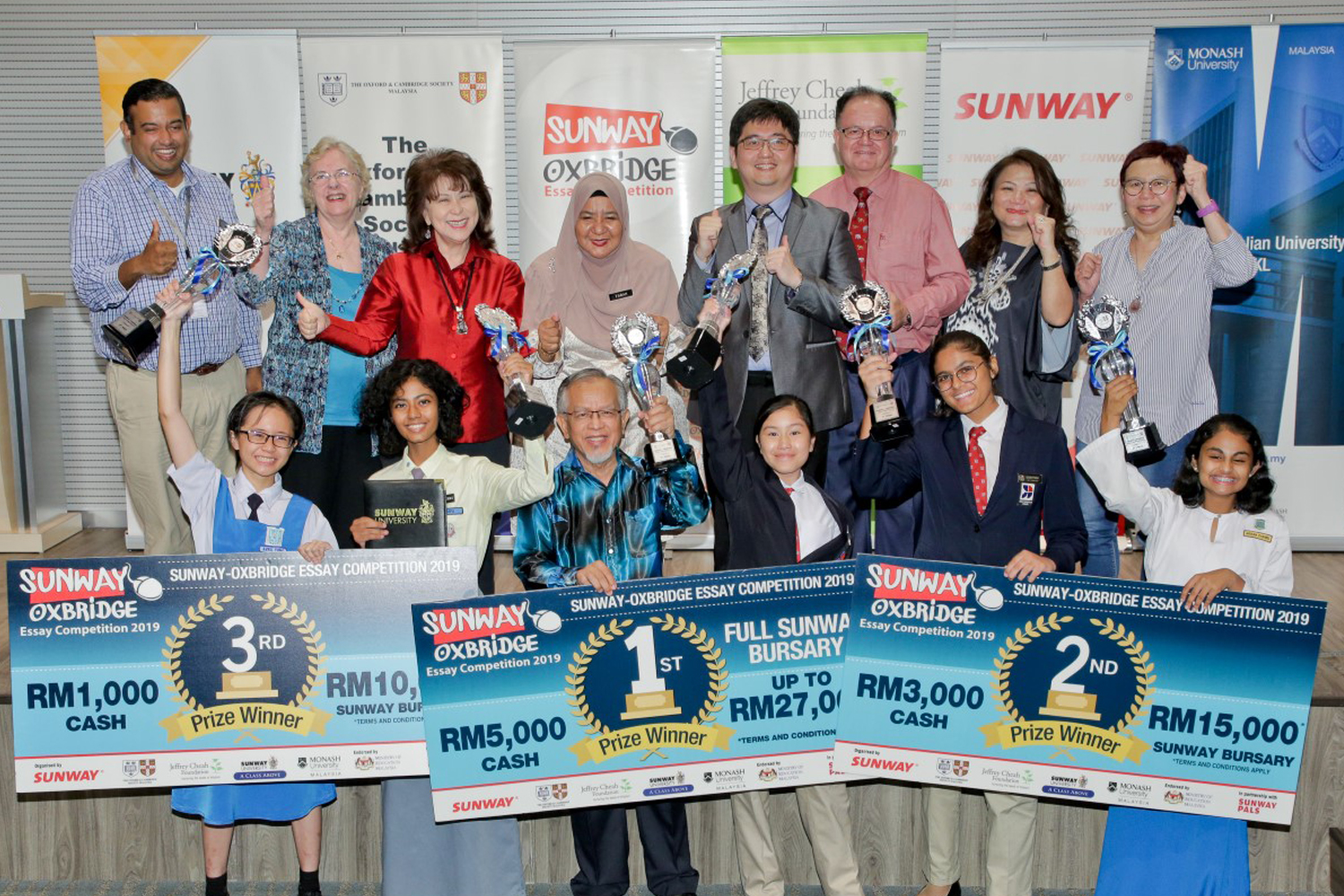 To improve English proficiency, the Foundation supports the Sunway English Language Development Programme which was introduced to address the challenges of learning English in the national school curriculum and to instill confidence among students to converse in English. The programme consists of an annual English Tutorial Programme, English Public Speaking Competition and the Sunway-Oxbridge Essay Competition at national level. 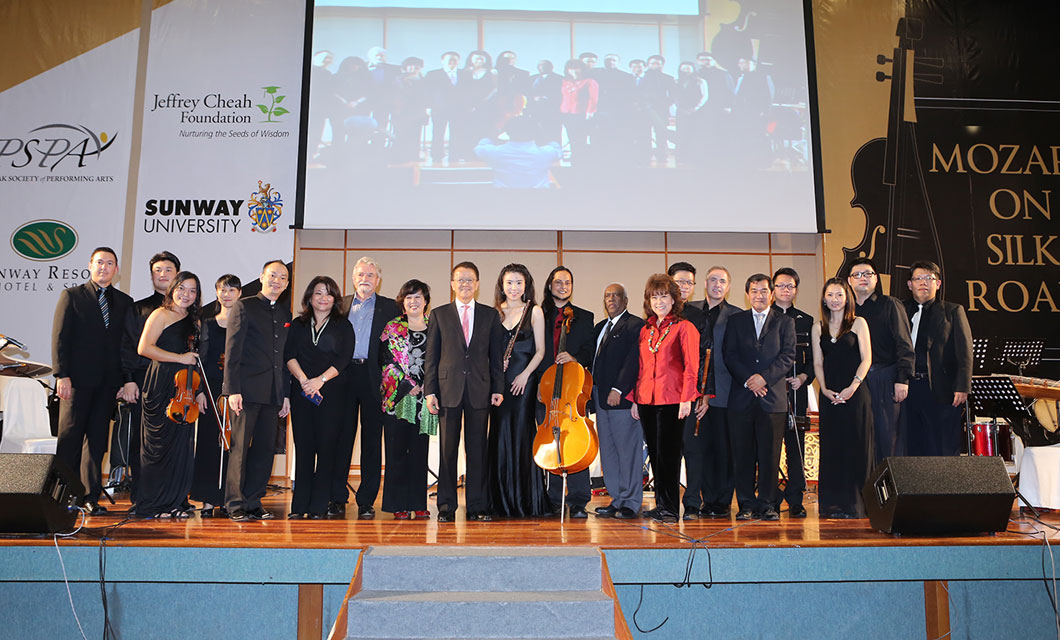 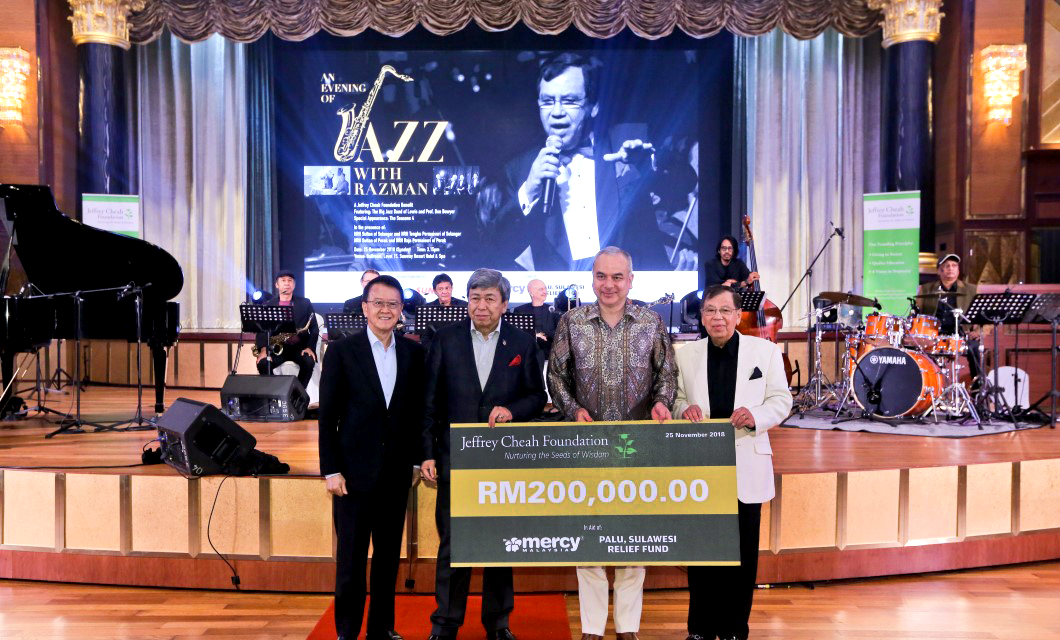 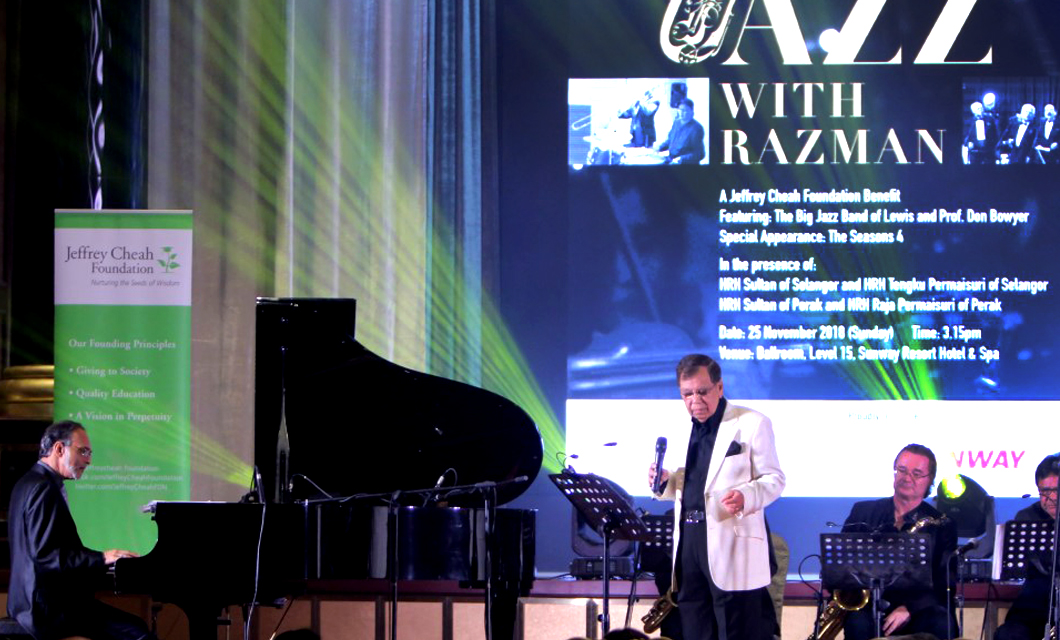 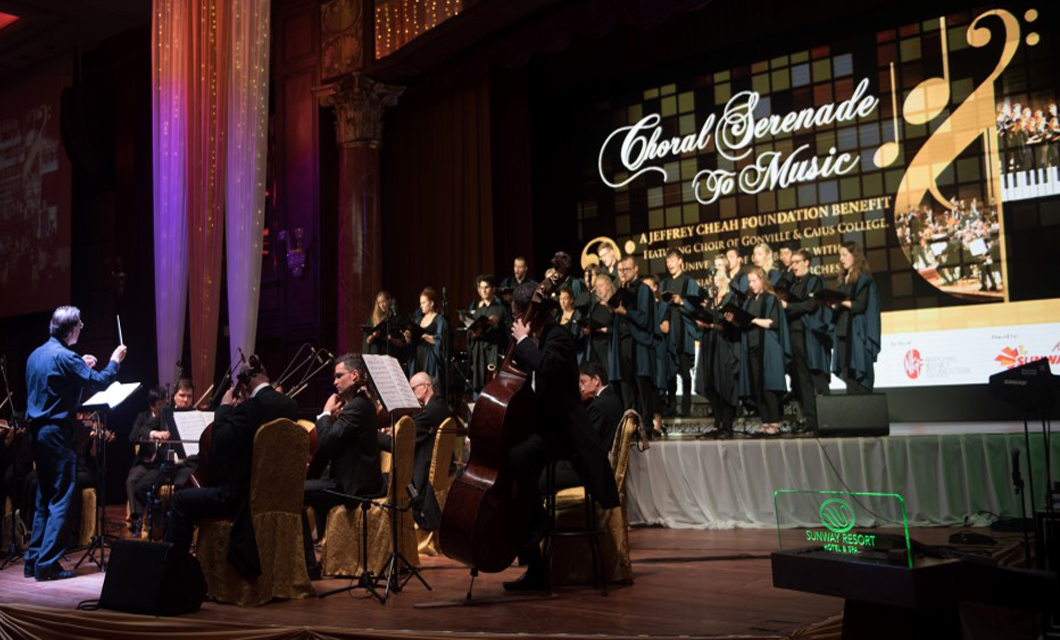 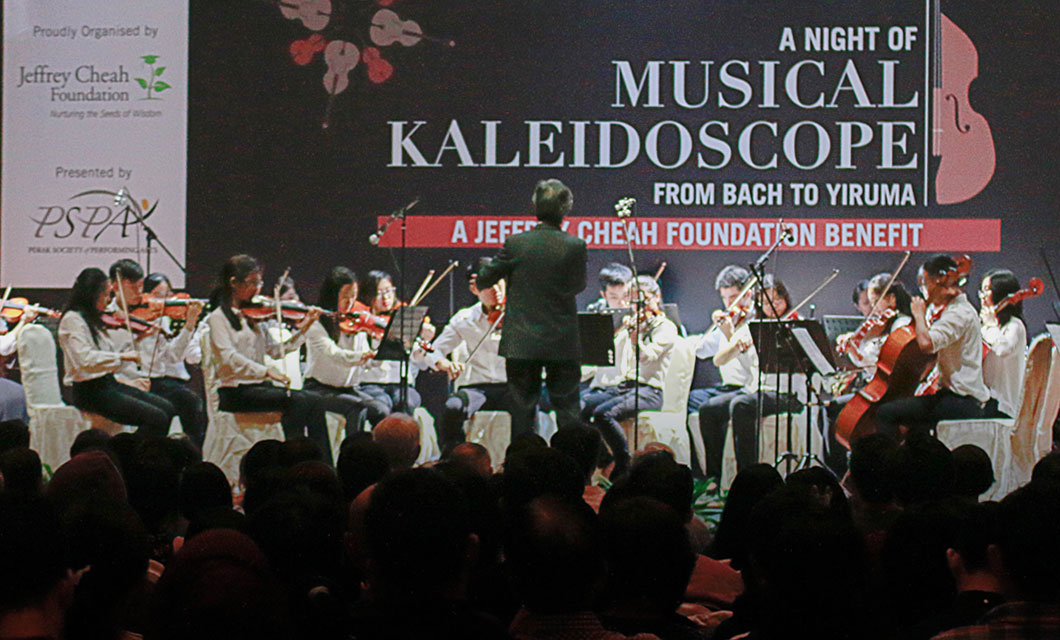 Music and the Arts

The Foundation believes that music and arts have strong links to education as they enrich and nurture lives. Contributing towards the development of individuals, the Foundation has sponsored and hosted charity recitals including “Choral Serenade to Music” featuring Choir of Gonville & Caius College, University of Cambridge with Malaysian Philharmonic Orchestra, “A Musical Kaleidoscope: From Bach to Yiruma”, “A Celebration of Music: Butterfly Lovers and Love Songs”, and “Mozart on Silk Road”, featuring the Perak Society of Performing Arts International Ensemble, sharing the beauty and discipline of music with a wider audience outside the confines of the university. In 2018, Jeffrey Cheah Foundation Trustee and Sunway Group Executive Deputy Chairman Tan Sri Datuk Seri Razman M. Hashim, sang together with The Big Jazz Band of Lewis Pragasam and Professor Don Bowyer as well as The Seasons 4 for JCF charity benefit in aid of MERCY Malaysia’s mission to Palu, Sulawesi. 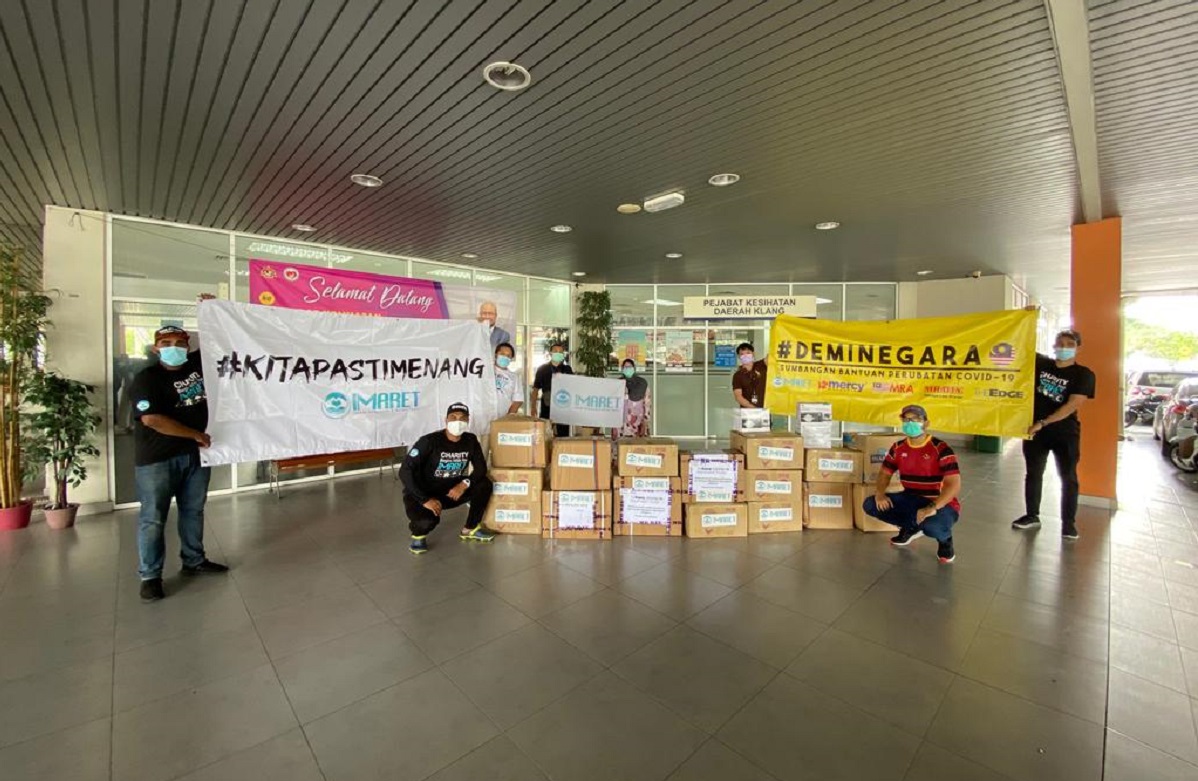 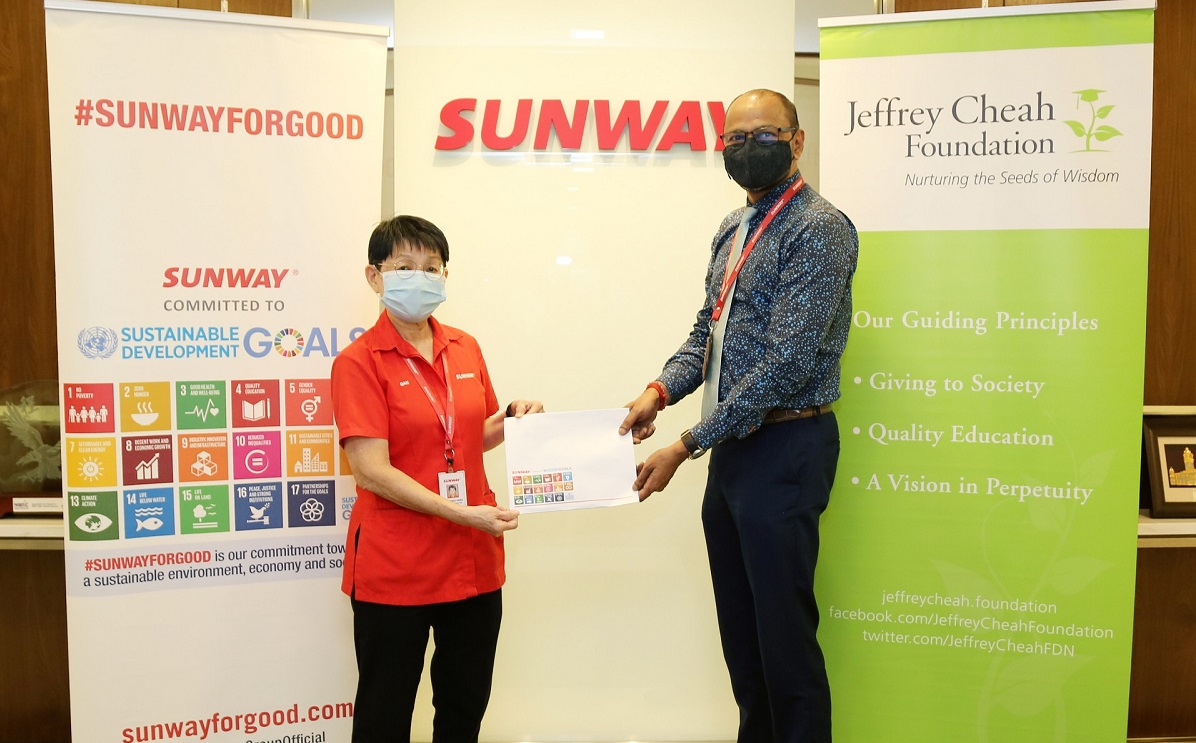 At this most trying time caused by the Covid-19 pandemic, the Jeffrey Cheah Foundation (JCF), together with Sunway Group are standing together in a concerted effort to help the nation including the B40 communities in the vicinity of Sunway townships who are financially affected by the Movement Control Order by the Malaysian Government.

At its 10-year milestone, the JCF remains committed to nurturing the spirit of giving and lending a helping hand to those in need. It is this spirit that the JCF and Sunway Group have exemplified commendably throughout the years.

Towards this, the JCF together with Sunway Group have set up the SunwayforGoodFund, which aims to alleviate the burden of low-income households faced with uncertainty and instability both financially and emotionally. It provides us
the opportunity to make a difference in others’ lives.

More than RM800,000 has been raised at the launch of the fund, thanks to the generous contribution, and amazing solidarity among Sunway colleagues and the communities in dire need. Drawing from the fund, we have distributed more than 5,000 StaySafe packs comprising masks, vitamin C and sanitisers to the front line workers who stay at work for us and some risking their lives in fighting the pandemic.

On top of that, the funds were utilised to distribute groceries to more than 1,000 beneficiaries from B40 community in Ipoh. Additionally, more than RM120,000 of the funds was utilised to sponsor utility bills of 16 selected homes for 6 months between July and December this year, which will benefit more than 2,300 beneficiaries in Penang, Kuala Lumpur, Selangor and Johor.

Through the #SunwayforGood fund, JCF and Sunway gave out AEON vouchers worth RM50 each, to more than 2,000 beneficiaries with income ranging from RM980 to RM2,208 around Bandar Sunway, and AEON vouchers worth RM100
each to 736 Sekolah Kebangsaan (SK) Bandar Sunway students from B40 families, one of the adopted schools by Sunway. Each beneficiary can use the voucher to buy groceries or school uniform and shoes.