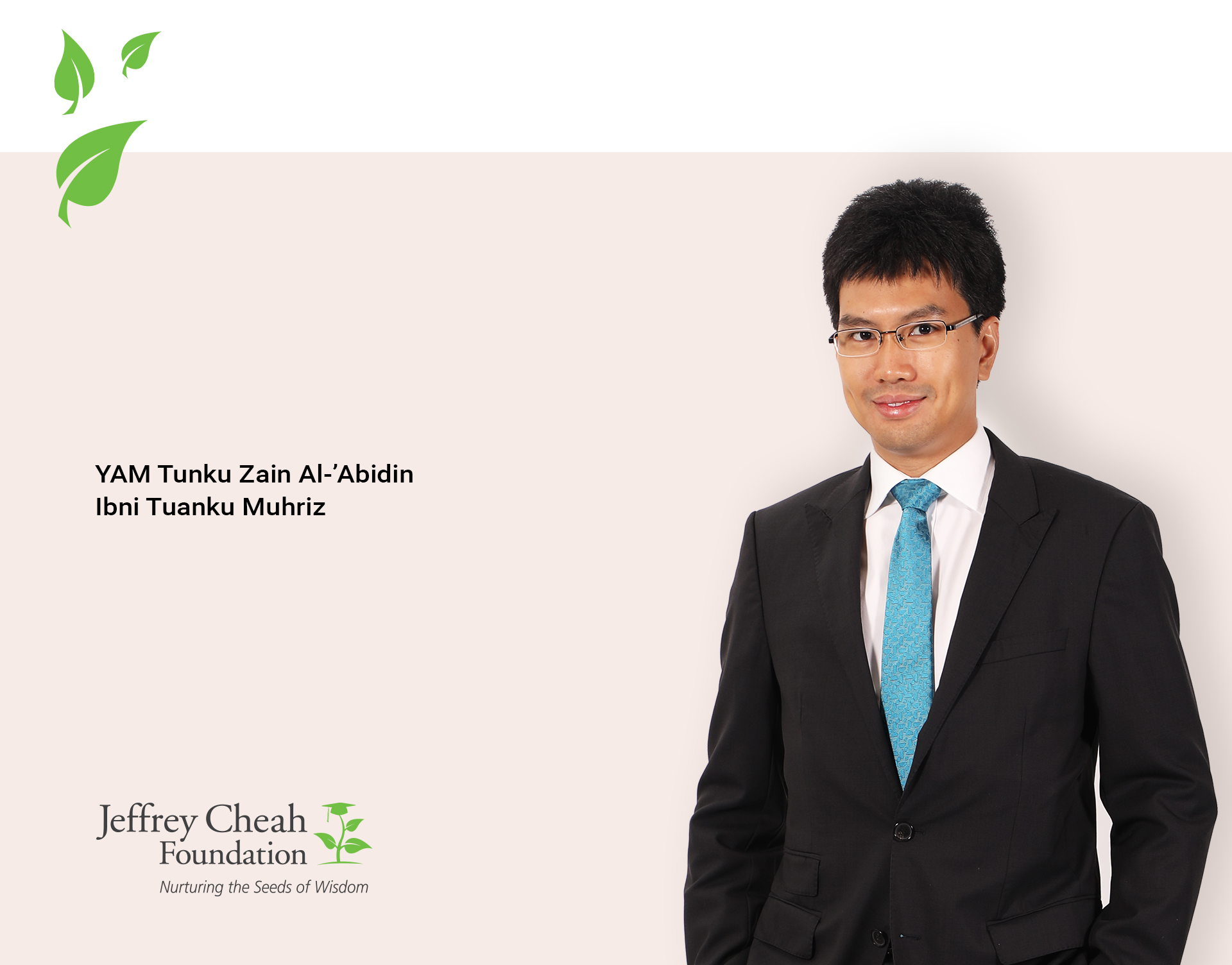 Tunku Zain Al-Abidin Ibni Tuanku Muhriz was appointed to the Board of Trustees of Jeffrey Cheah Foundation on 22 February 2013.

Apart from serving as a Trustee of the Jeffrey Cheah Foundation, Tunku Zain Al-‘Abidin is Founding President of the Institute for Democracy and Economic Affairs (IDEAS); an Independent Non-Executive Director of Allianz Malaysia Berhad, Allianz General Insurance Company Malaysia Berhad and Omesti Berhad; and a Trustee of Yayasan Chow Kit, Yayasan Munarah, Yayasan IDEAS and the Genovasi Foundation.

Other roles in educational institutions include serving as Pro-Chancellor of UCSI University, Royal Fellow at the National University of Malaysia (UKM), Associate Fellow at Universiti Teknologi MARA (UiTM), and Chairman of General Assembly Malaysia.

He is also an advisor, patron or committee member of numerous cultural organisations, and a columnist in three newspapers.

He was educated at the Kuala Lumpur Alice Smith School, Marlborough College and the London School of Economics and Political Science, where he obtained his MSc in Comparative Politics. He then worked in the UK Houses of Parliament, the World Bank, United Nations Development Programme, KRA Group and the Lee Kuan Yew School of Public Policy.

In 2006 he co-founded the Malaysia Think Tank which evolved into IDEAS, a think tank that pursues market-based solutions to public policy challenges. Since 2008 he has maintained a newspaper column across five newspapers, currently #abidinideas in the Star, Sin Chew and Borneo Post. From these articles three books have been compiled. Tunku Zain also authored a book commemorating the Installation of the Eleventh Yang di-Pertuan Besar of Negeri Sembilan and led a major project to revitalise the State Anthem.

An Eisenhower Fellow, he has been selected for various leadership programmes and speaking tours by the governments of Australia, France, the European Union, Singapore, Canada and Cuba and has received awards for integrity and impact among young leaders.

He enjoys tennis and squash, serving also as President of the Negeri Sembilan Squash Association.