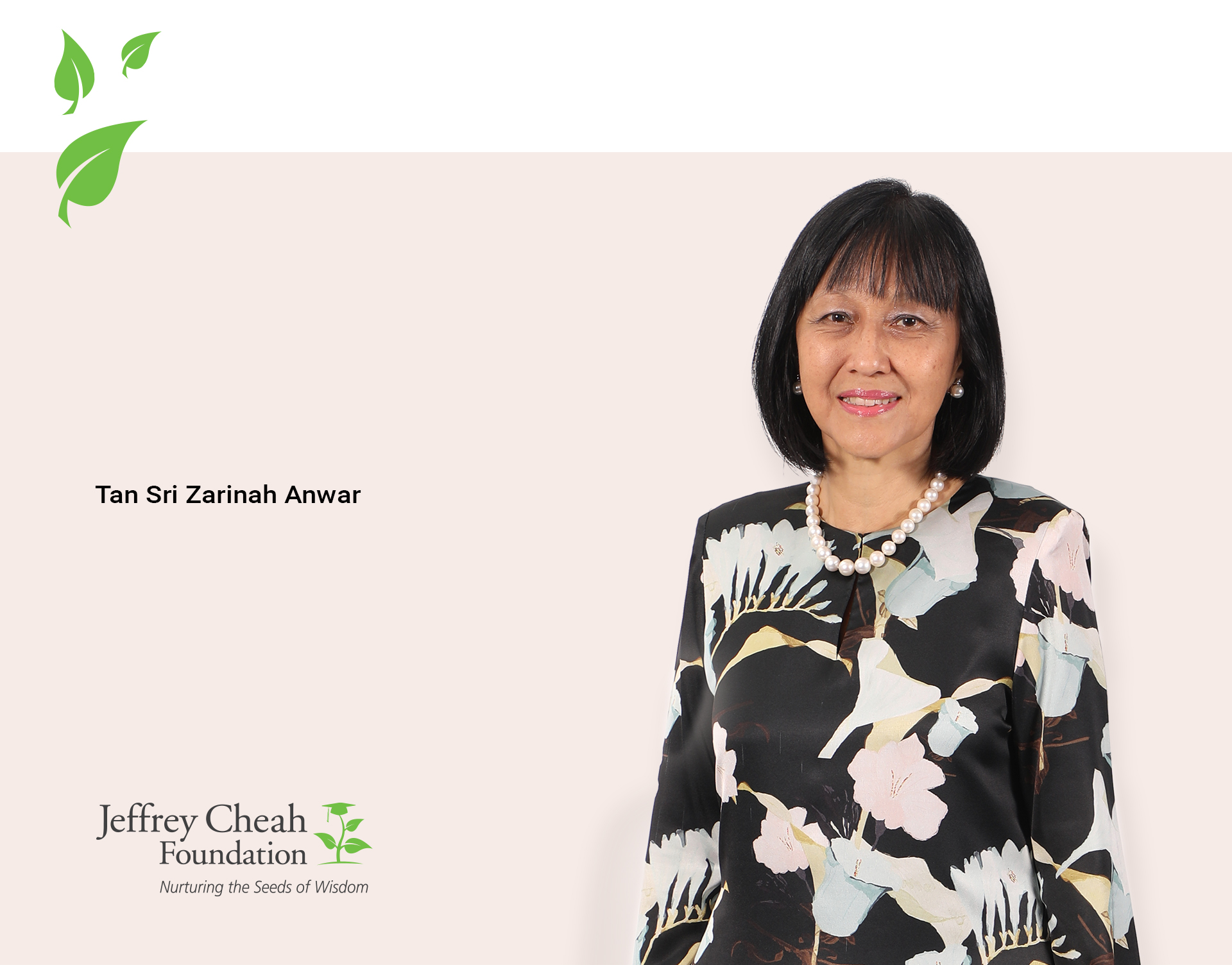 Tan Sri Zarinah Sameehah Binti Anwar was appointed to the Board of Trustees of Jeffrey Cheah Foundation on 7 Jul 2015.

She is the Chairman of the Institute of Corporate Directors Malaysia.

She is the former Chairman of the Securities Commission Malaysia (SC), a position she held for six years until her retirement in March 2012. She was prior to this, the SC’s Deputy Chief Executive from December 2001.

At the SC, Tan Sri Zarinah served as Vice Chairman of the 86 member Emerging Markets Committee of the International Organisation of Securities Commissions and was a member of the Monitoring Board of the IFRS Foundation. She also served two terms as the Chairman of the ASEAN Capital Markets Forum, a network of capital market regulators established under the auspices of the ASEAN Finance Ministers to promote the development of ASEAN capital markets.

Under her leadership, the SC issued the Corporate Governance Blueprint 2011 which incorporated recommendations aimed at closing gaps, elevating standards and establishing a good corporate governance culture amongst public listed companies by encouraging the integration of principles, ethics and values into the decision making process of a business, as well as ensuring board diversity to promote inclusive growth.

Prior to joining the SC, Tan Sri Zarinah was Deputy Chairman of Shell Malaysia. She had spent 22 years serving in various capacities across the company’s various business sectors. She was an integral member of its business re-engineering team and oversaw its organisational effectiveness function. She was a member of the boards of directors of several Shell entities in Malaysia as well as the Group’s Global Diversity Council.

Tan Sri Zarinah is currently a member of the Boards of Trustee of the Razak School of Government, Yayasan Hasanah, Amanah Warisan Negara and the Jeffrey Cheah Foundation.

An advocate of gender diversity, Tan Sri Zarinah is a Founding Chairman of the 30% Club, Malaysia, a business campaign to help drive higher women representation in leadership positions and on corporate boards.

Tan Sri Zarinah holds an LLB (Hons) from the University of Malaya.